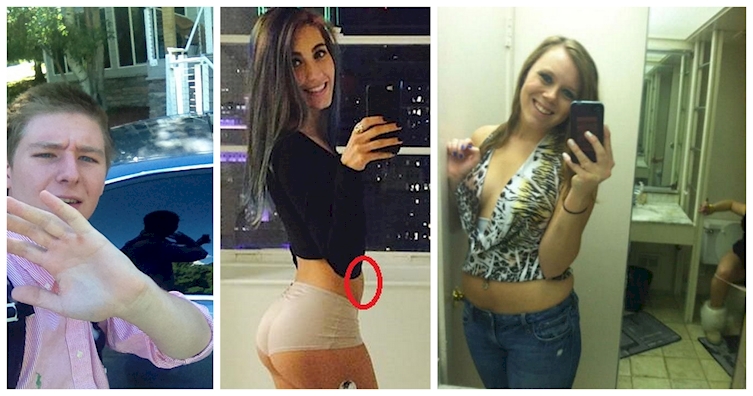 The term “selfie” may be fairly new, but people have been taking them for as long as cameras have been portable.

Still, in recent years, the rise of camera phones has sped up their production and the rise of social media has given them a cultural context. Whether they’re doing it to document a part of their lives, chart the progress of a transformation they’re working towards, or just want to capture how they look in a given moment, it seems like almost everyone is taking selfies nowadays.

But, as with everything, there’s a right and wrong way to do them. We’re not going to get into the technical aspects of framing and lighting here. No, this is more about being aware of your surroundings before you take the picture.

It’s a lesson these 16 people learned the hard way.

1. There seems to be a weird sub-genre of selfies where people pretend their significant other crept up on them and took a picture.

It’s strange how these people can never avoid mirrors when they do this, though.

2. I’m guessing this young lady liked her sunglasses and decided to take a spur of the moment pic,

but she probably should have done something to hide her online shopping first.

3. Was there something you wanted, buddy?

They usually put those mirrors in so you can try your glasses on, but I guess they have other uses.

4. He may think he’s found a way to take a classy picture with no pants,